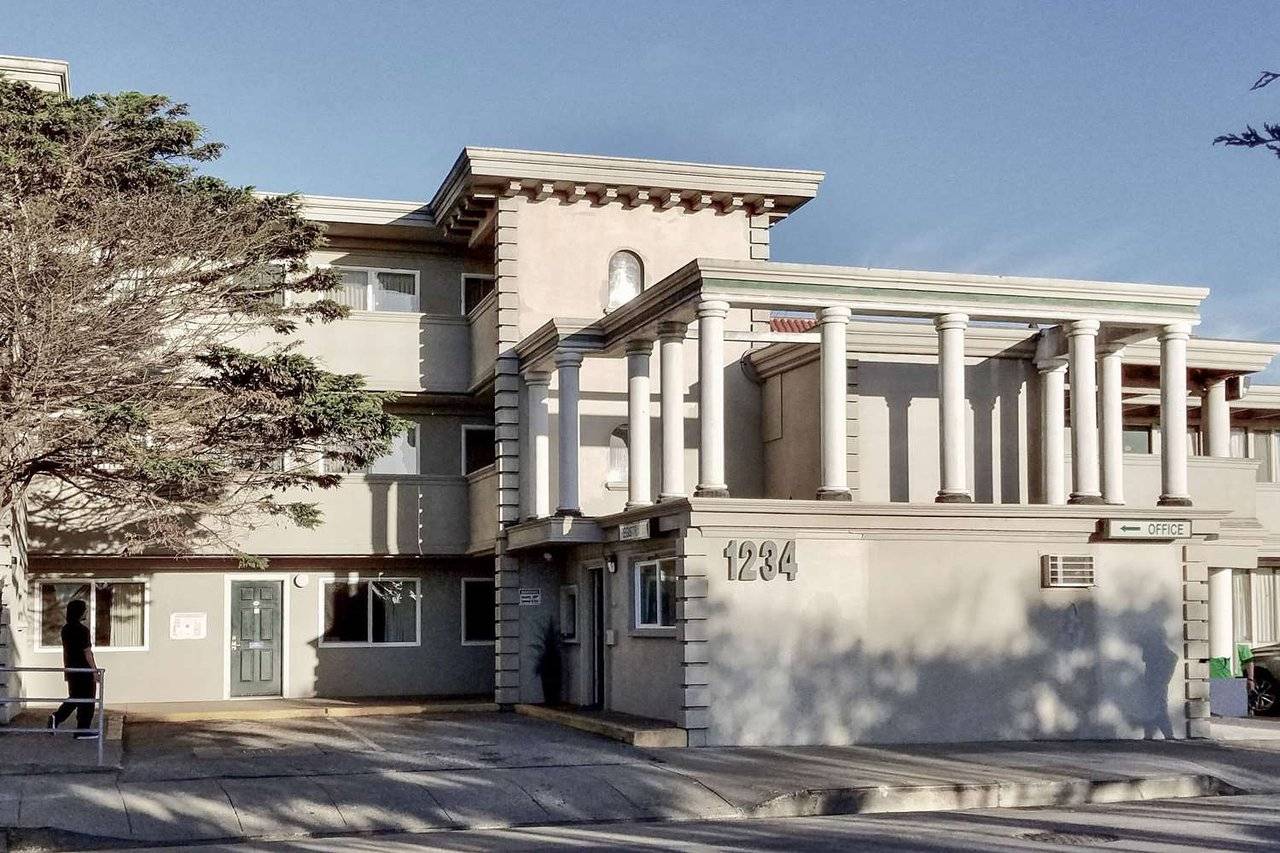 (Parking, Room types, and Views based on availability) 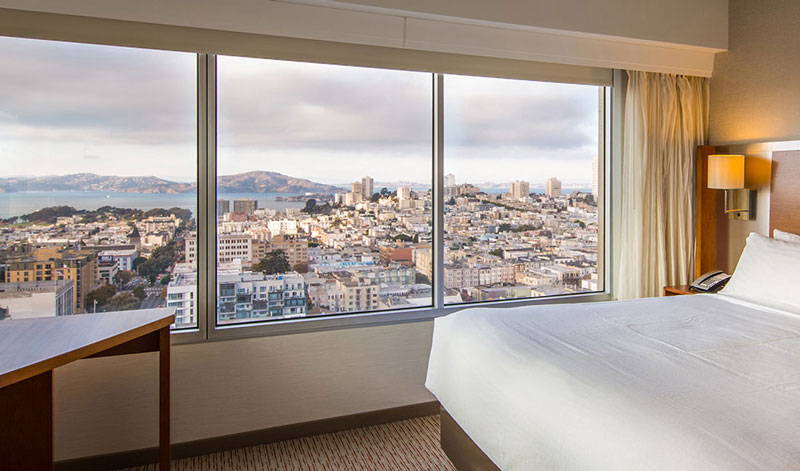 Located on Nob Hill between Fisherman's Wharf and the Financial District, modern, stylish hotel delivers a decidedly local experience and remarkable city views and easy access to the city’s highlights.> 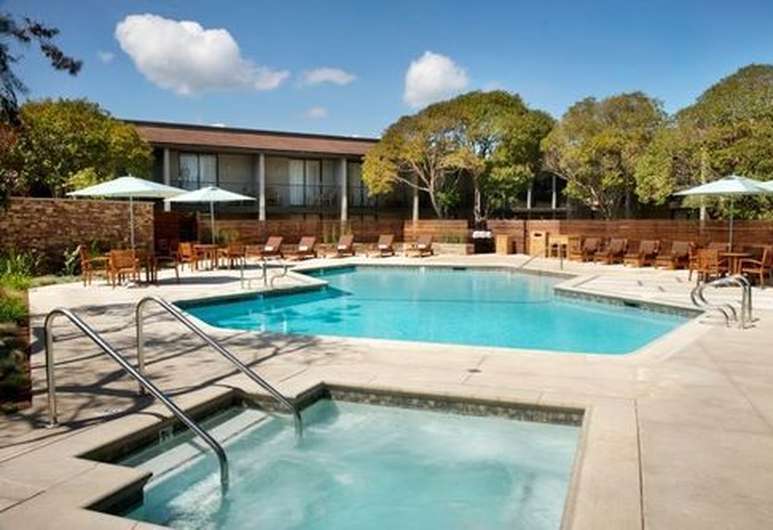 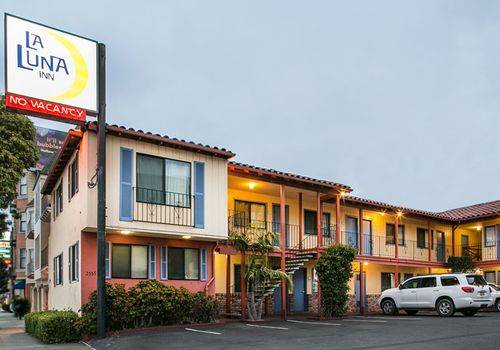 5 miles from the fields

In addition to offering views of the Golden Gate Bridge, we have some awesome places nearby. Our Marina location is close to many San Francisco sites and attractions – including the Palace of Fine Arts. Also close is Crissy Field, the Presidio National Park, and Union Street shopping, restaurants, and nightlife. 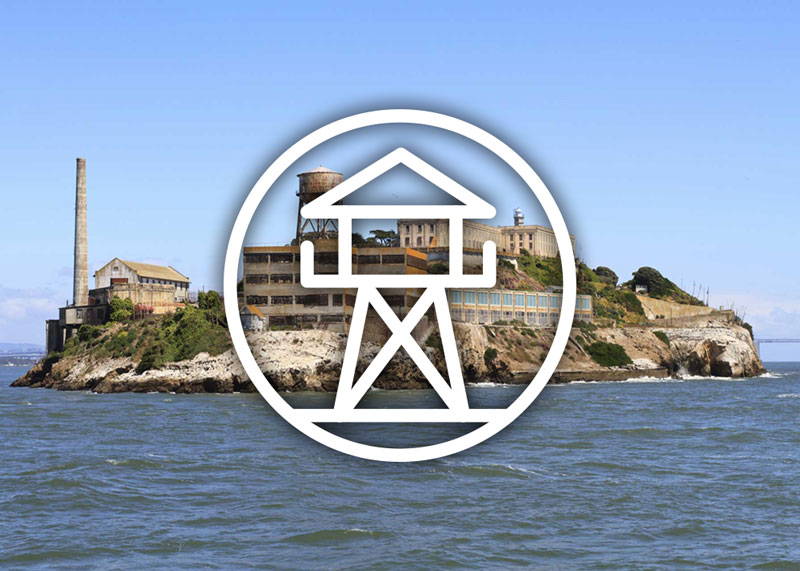 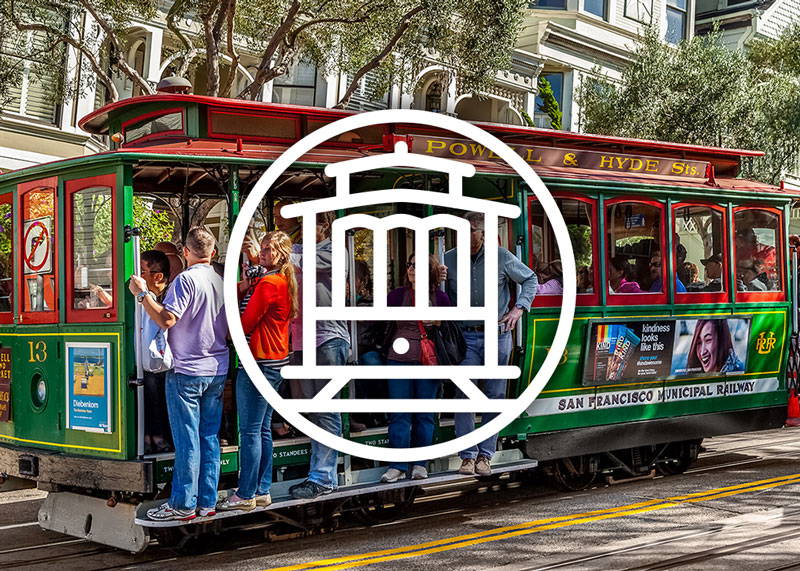 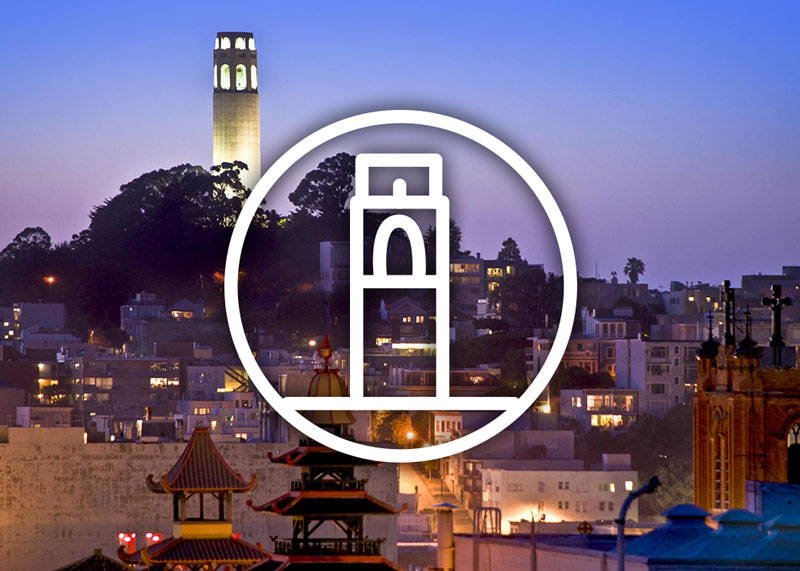 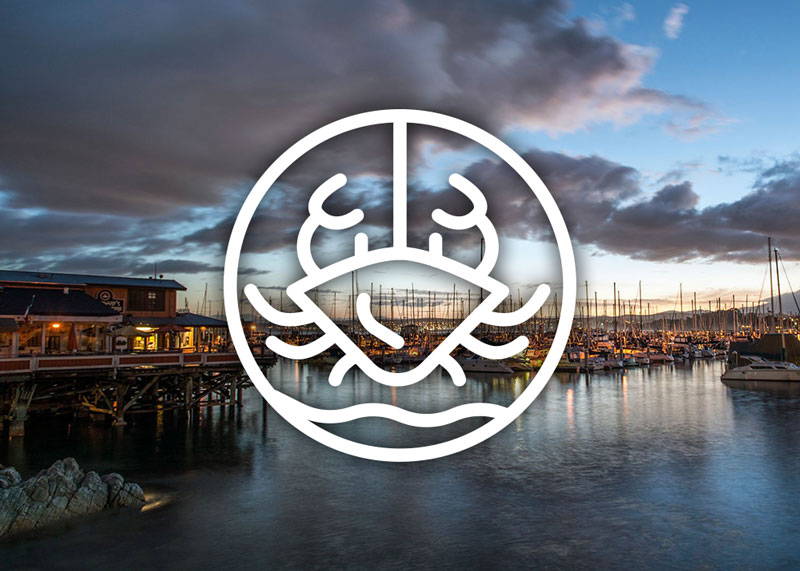 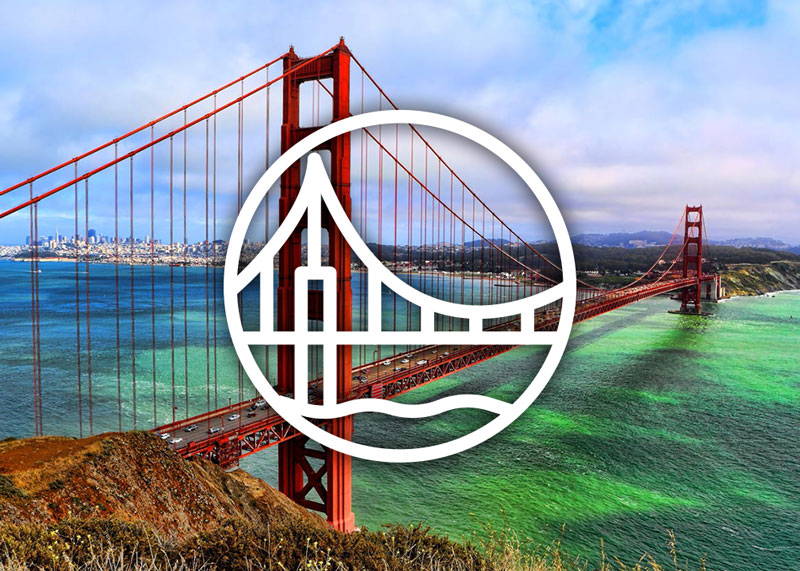 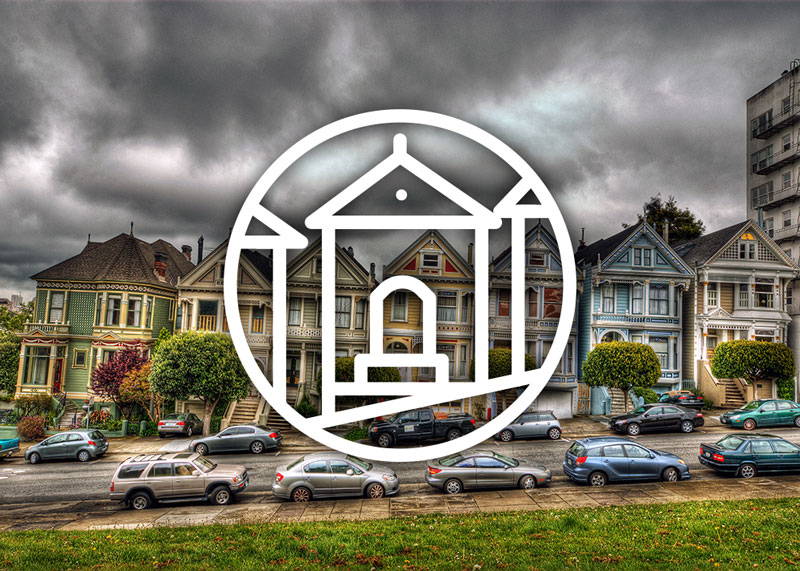 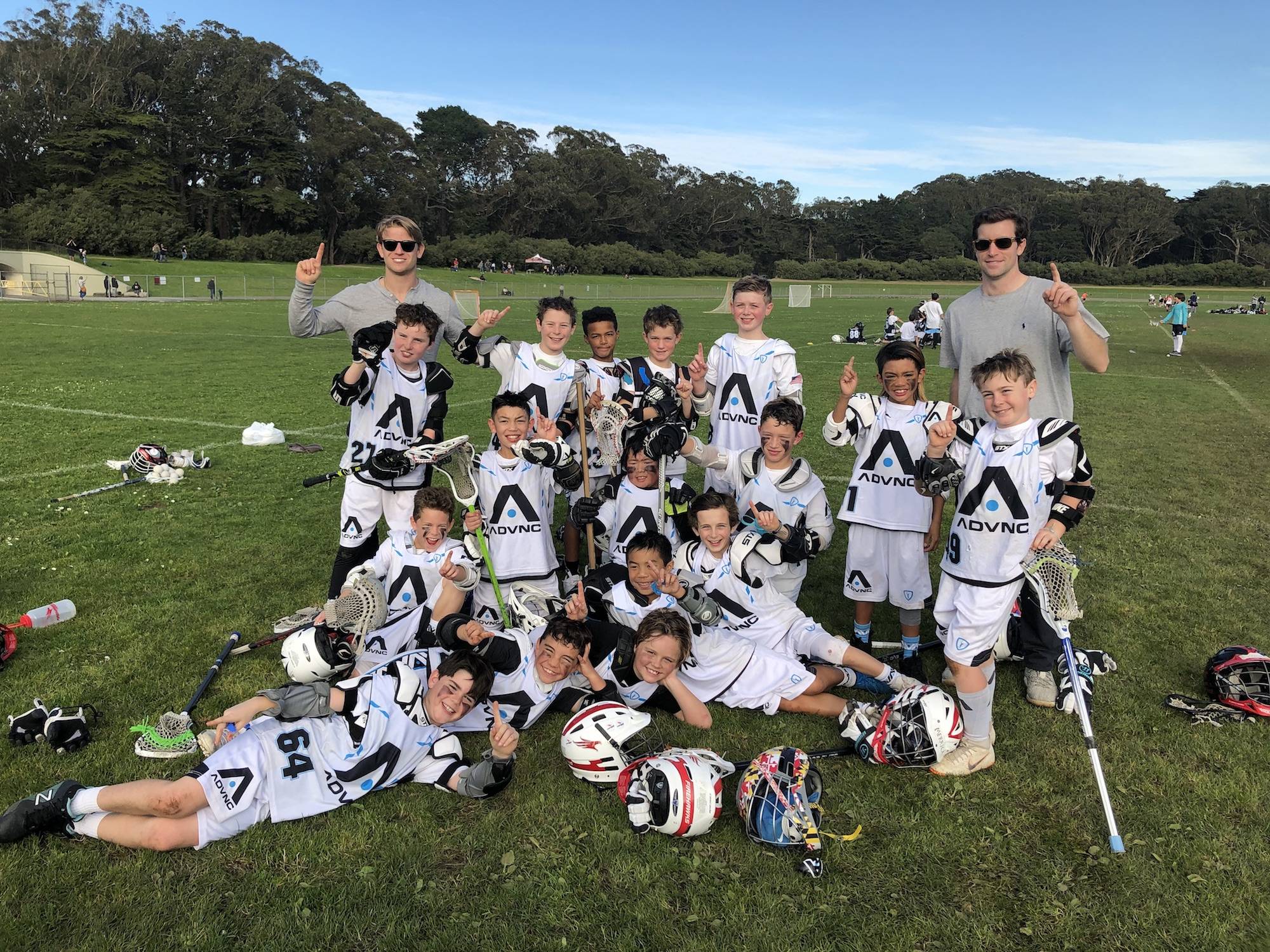 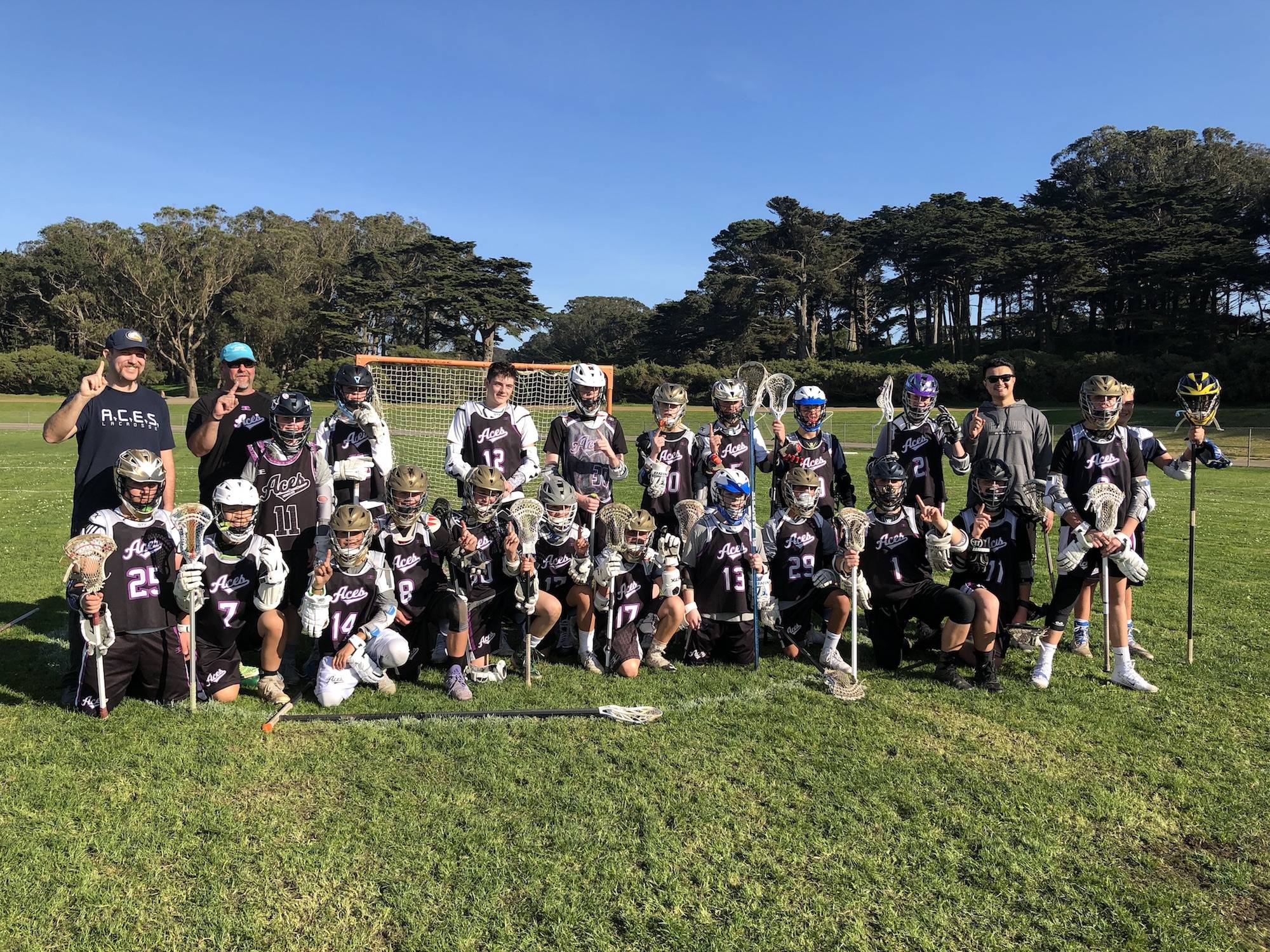 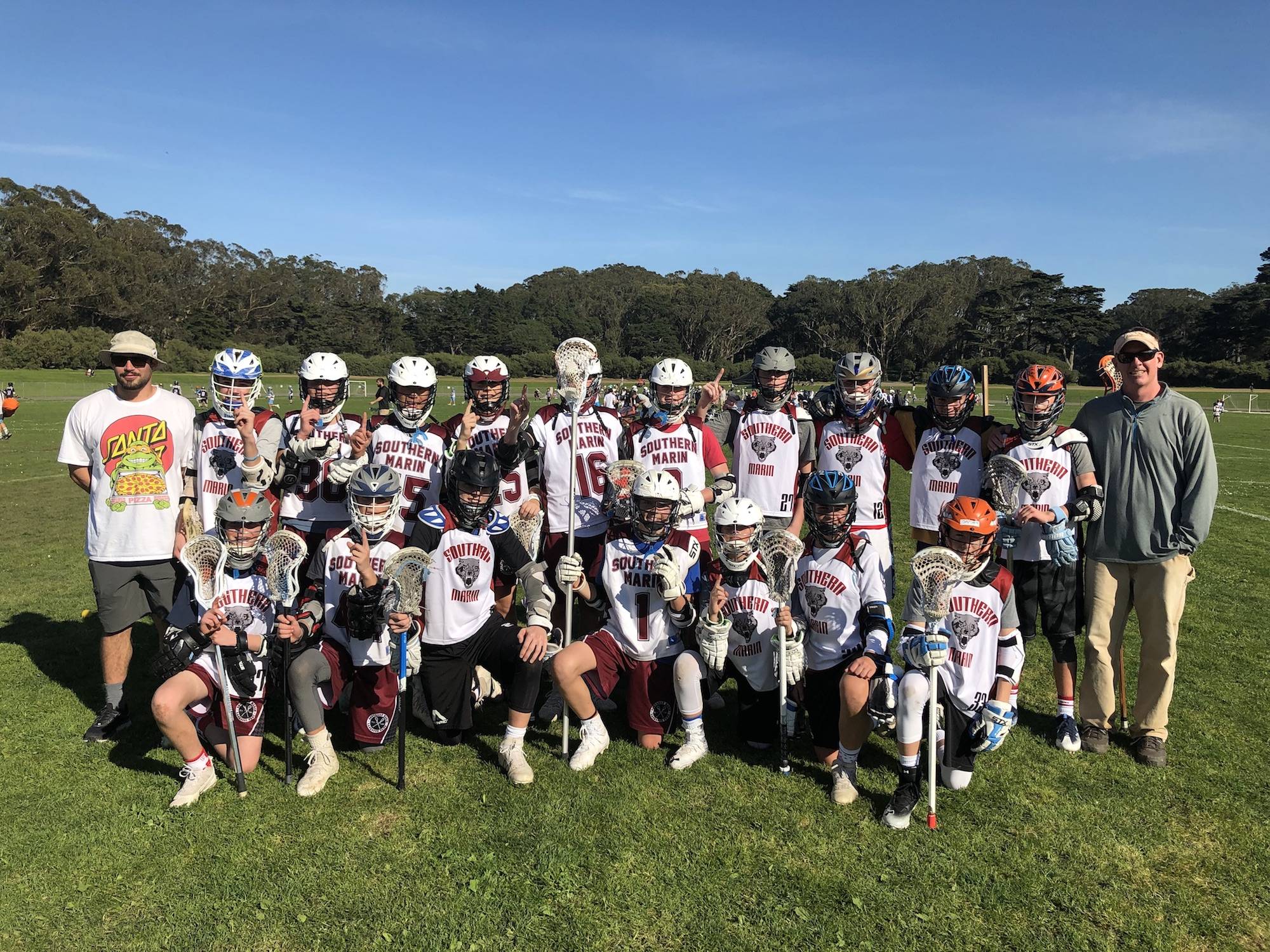 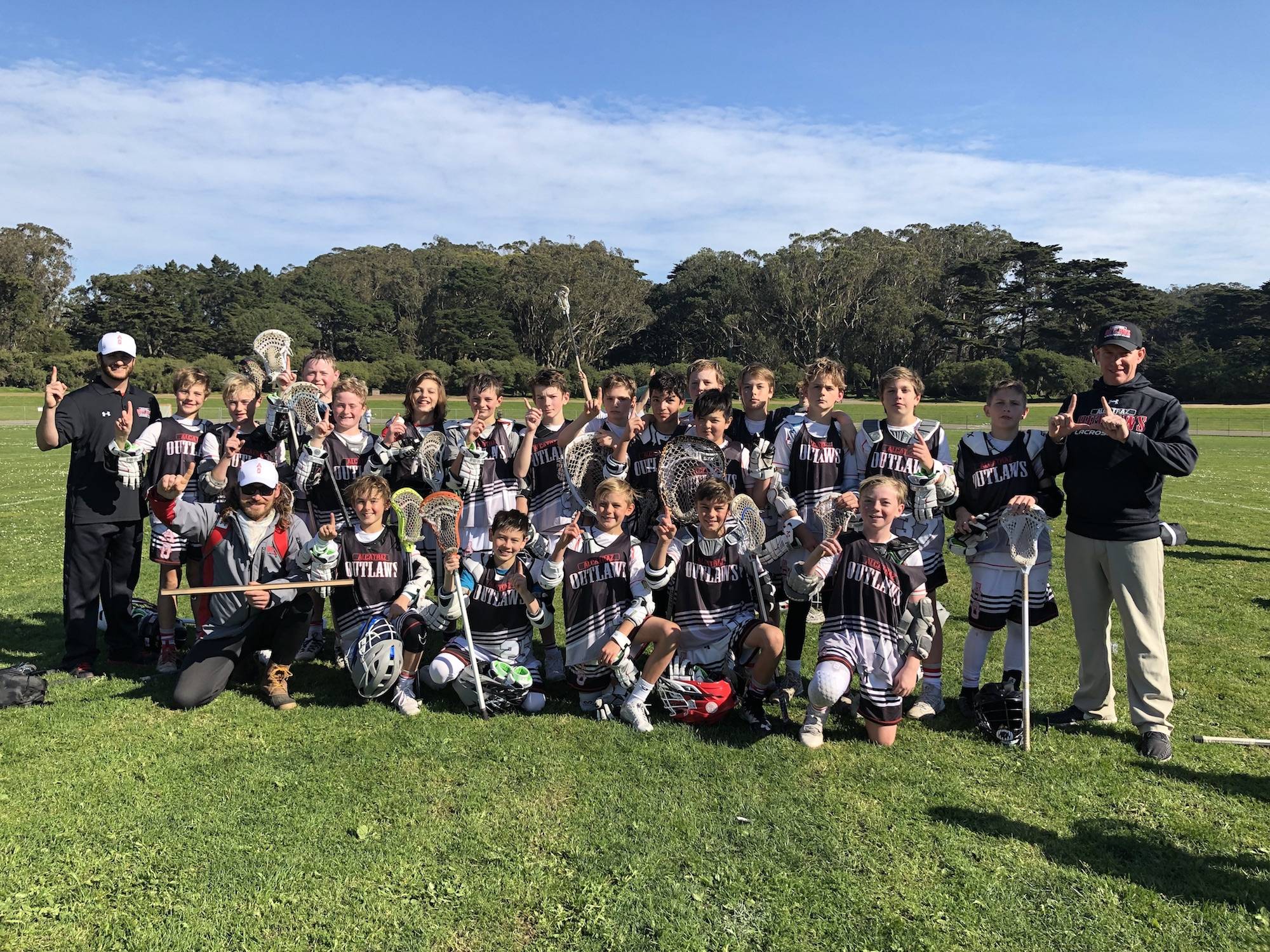 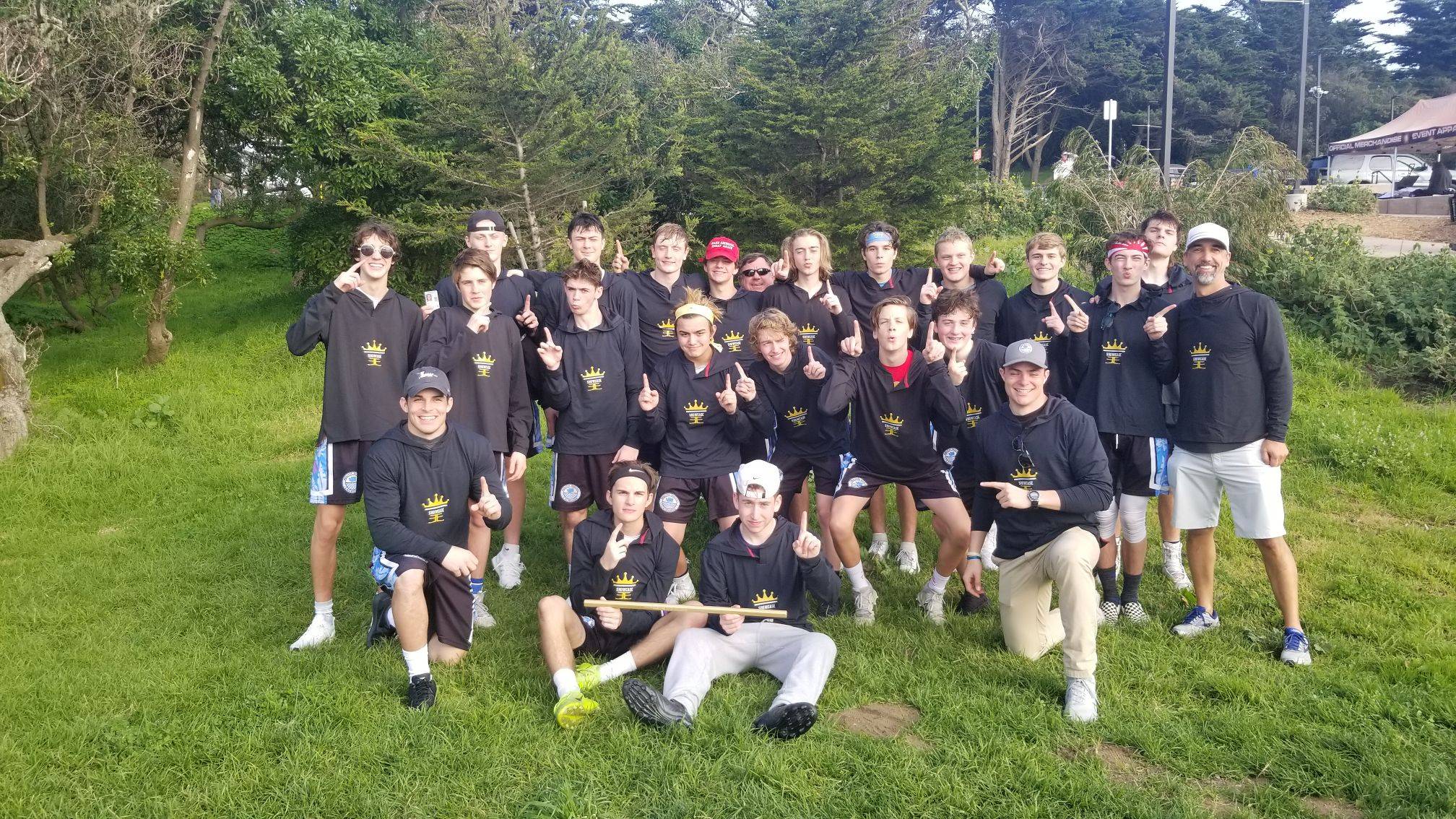 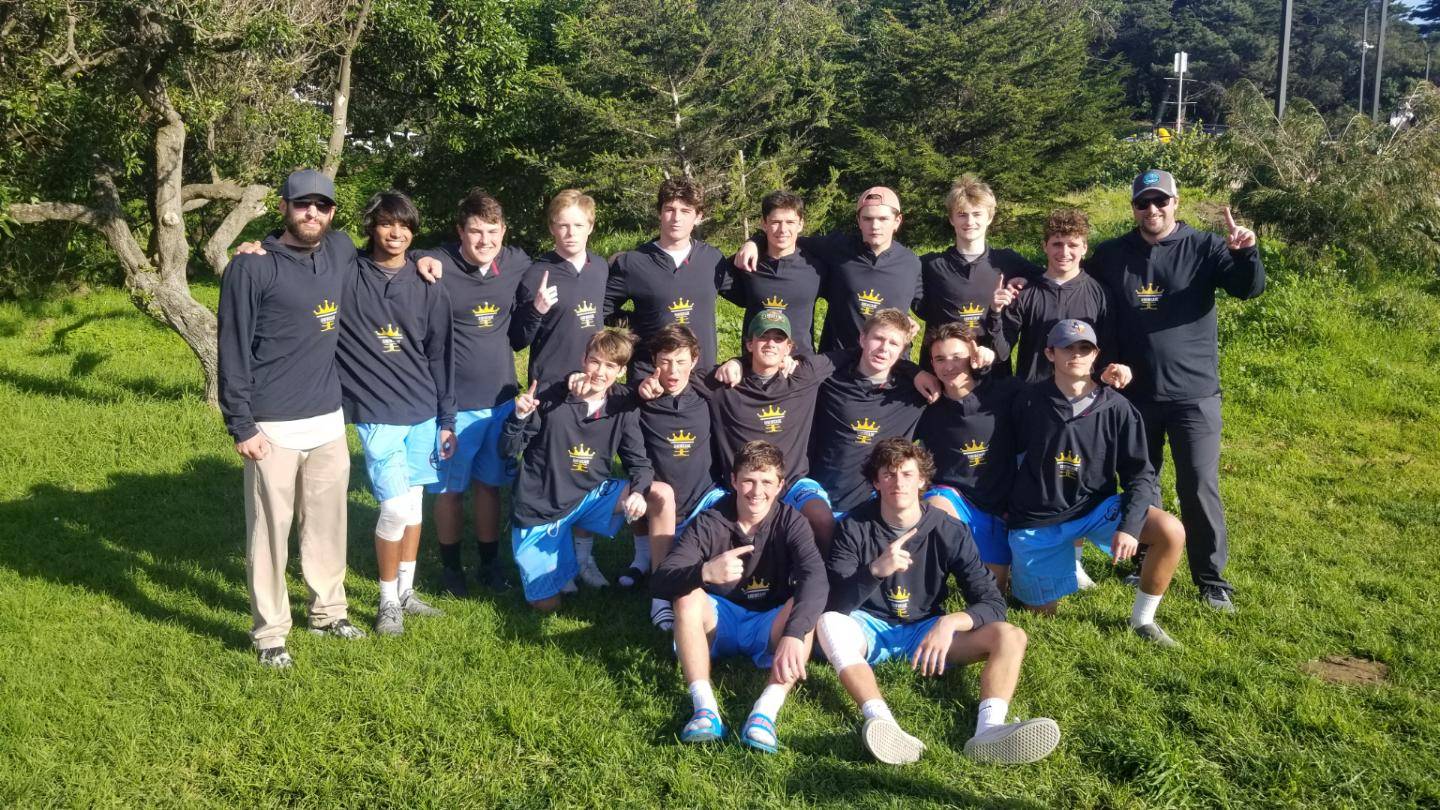 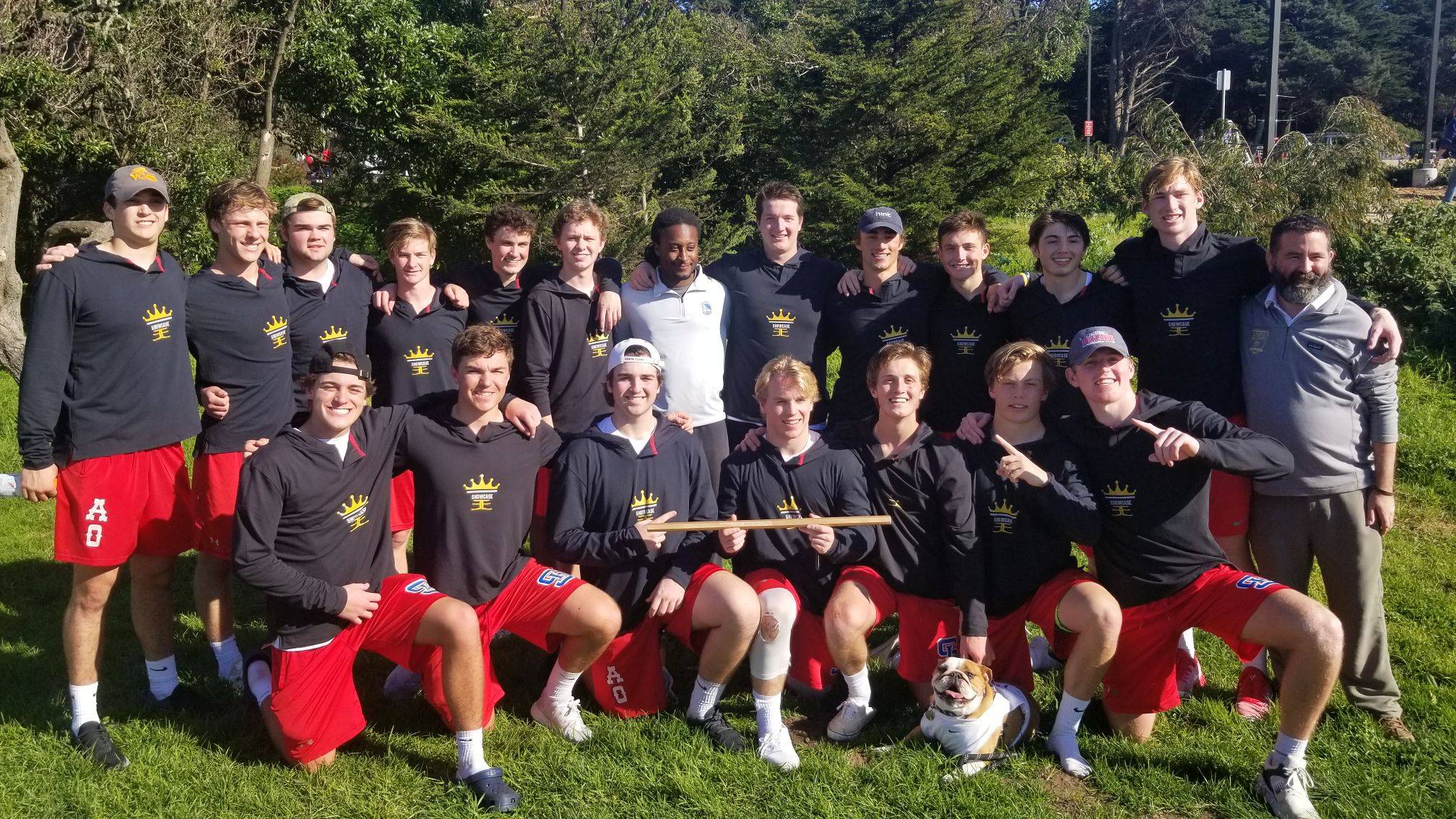 Polo Field Rules:  To keep the Polo Grounds in top form, the City of San Francisco does not allow spectators to be in the field. Only players, coaches and tournament staff will be allowed on the field. All spectators will watch the game from outside the fence which runs around the perimeter of the Polo Grounds. We are planning to set up the fields so they run along the fence for optimal viewing. We will do everything possible to make sure spectators have a great experience watching the games. Coaches, please abide by the following:

• All team “camps” and tent set ups must be set up on the outside of the Polo field. No camps will be allowed on the actual field.

• Teams are not allowed to warm up on the extra space of the Polo field.

• Players and club coaches are only allowed on the field during their game time and 10 minutes before game time. Please escort your team back off the field immediately after your game.

* Thank you for your help to make sure we abide by the City of San Francisco’s strict usage rules. With your cooperation, we will be able to enjoy the wonderful space in beautiful Golden Gate Park.

• We will also have recycle, compost, and landfill bins throughout the tournament venue. Please help us to stay green and keep the venue clean. Thank you!

There will be zero tolerance for racist, homophobic, sexist or derogatory language of any kind. This includes on the field, off the field, in the stands, players, coaches and spectator. If this type of language is heard, that person will be asked to leave the tournament immediately. Please make sure this tournament is a hate-free environment and enjoyed by everyone.

There will be no fighting allowed at any time. If a player punches another player during a game, he will be ejected from the game and/or the tournament. Refs will brief the tournament director after the game. The director will then determine if the ejection is for that game only or the rest of the tournament.

Sportsmanship: Verbal abuse of referees from players, coaches or spectators will not be tolerated. Flagrant violations may result in a team disqualification at the tournament director’s discretion.

All other rules will be called consistent to current CIF high school/ US Lacrosse Youth rules.

No Coin‐Toss or Line‐Up before games. No shaking hands after games.

No counts for crossing midline or box in U14 and below.

AP is determined by the winner of the first face-off.

Time will be kept by the referees.

Penalty time will be kept by the scorekeeper.

Penalties are running time: 45 seconds for a technical foul and 90 seconds for a personal foul. 3 minute penalties remain 3 minutes

Penalty time starts on the restart of the whistle

Last 2 minutes of the game the winning team must keep it in the box when the game is within a 2 goal deficit.

Penalty time stops during injuries, end of quarters and while another penalty is being assessed.

Pool Games can end in a tie.

No overtime for consolation games.

One 1-minute time out per team per game that stops the game clock (and penalty time).

Last two minutes of the game are stopped time.

The leading team must keep it in the box with under 2 minutes left in the game if the lead is 1 or 2 goals.

If a team leads by 1 or 2 goals with less than 2 minutes remaining in a PLAYOFF GAME ONLY, the last 2 minutes will be stop clock.

If the score changes to a 1 or 2 goal lead at any point during the final 2-minutes of the game, the clock goes back to stop clock.

Limited body checking in 2027-2032. A big hit that is clean does not always constitute unnecessary roughness (90 sec penalty). The younger the player, the more limited the checks should be.

Offsides - 2 players in Offensive zone, 3 players including goalie in Defense.

Game ejections are handled by the referees.

Tournament suspensions are handled by the Tournament Director.

Big hits and overly physical play (even within 5 yards from a loose ball), as well as excessive force, roughness, checking or hitting off the ball, constitutes unnecessary roughness and will result in a penalty. The Tournament Directors expect tournament officials to “err” on the side of safety. All coaches involved with the teams in the tournament are expected to understand and support the philosophy with regard to officiating and the promotion of player safety.

Each game will be tracked by the game scorecard which the field staff will have at each game. Coaches must sign game cards so the field staff can report the score of your game. The scorekeeper will update scores and provide game scores to the official score tent. Everything will be updated on TourneyMachine.

Poor sportsmanship, taunting, trash talking, fighting, or any other unbecoming behavior on the part of the players, coaches, parents, or fans will not be tolerated. All persons involved with an Encore Events Tournament and visiting the facility are expected to “Honor the Game”. Bad language will not be tolerated. Please treat the officials, opponents, spectators, and tournament staff with the same respect you would like to be shown. The Tournament Directors expect the officials, coaches and players to conduct themselves in accordance with the rules. 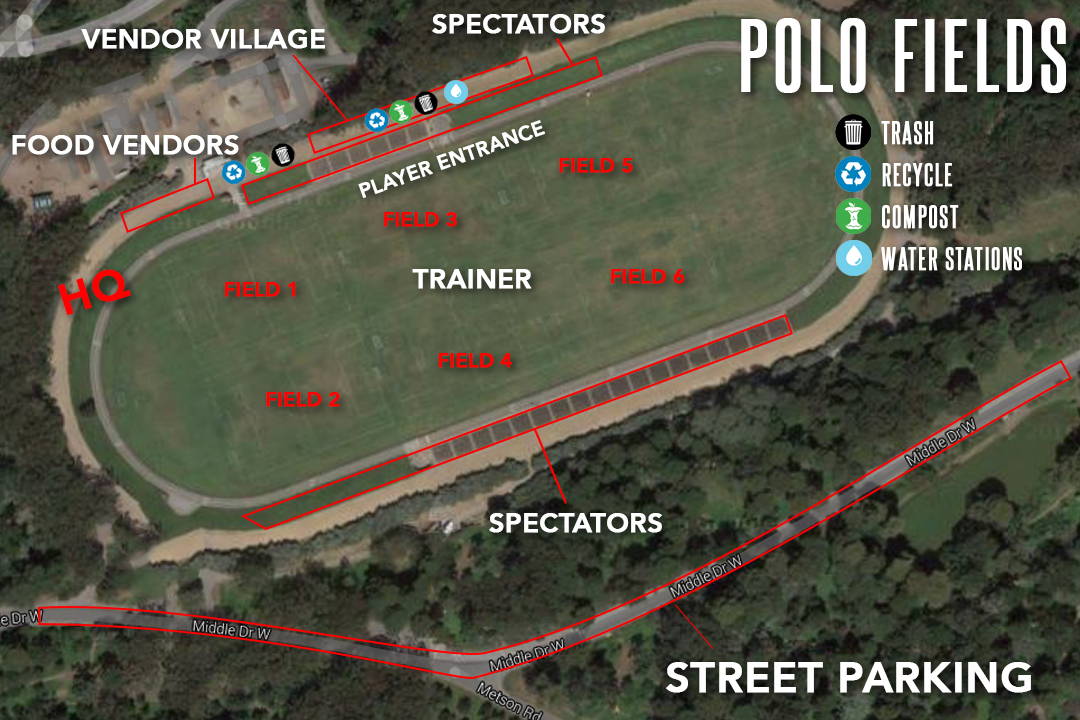 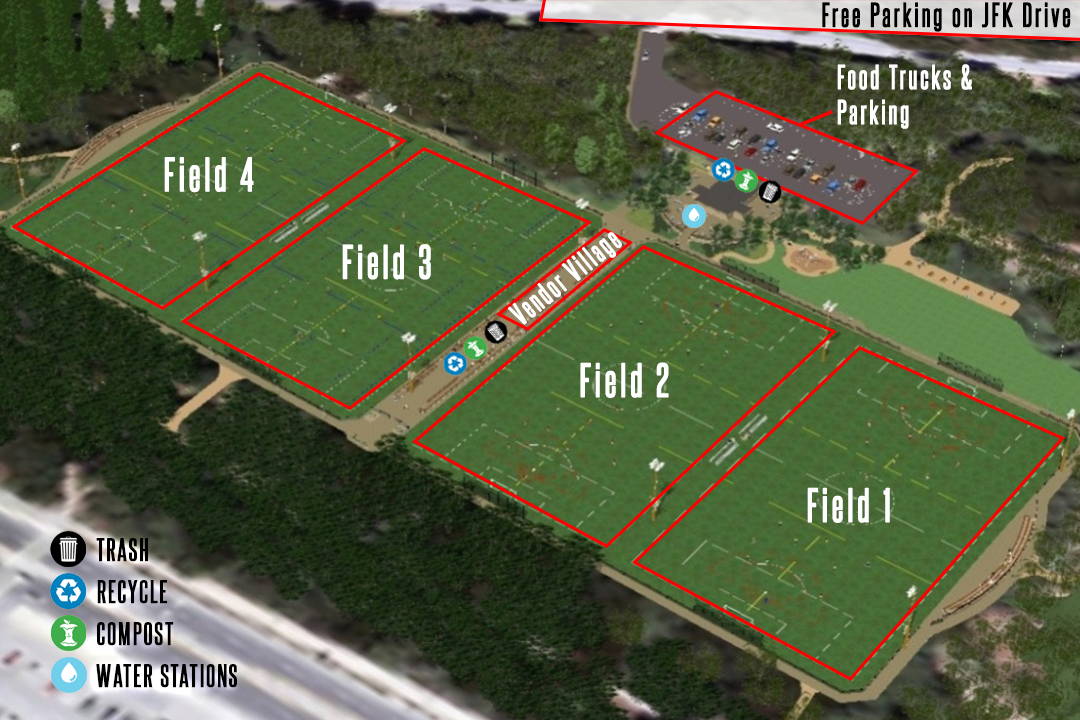